Barcelona and Real Madrid are reportedly both in the hunt for 16-year-old DR Congo sensation Eduardo Camavinga, who currently plies his trade for Stade Rennais in Ligue 1.

Camavinga burst onto the scene this year following his brilliant performance against PSG back in August, a match in which the teenager was named Man of the Match, bagging an assist for himself in the process.

Despite being just 16, Camavinga has already managed to cement his place in Stade Rennais’ first team, with the youngster making 12 appearances in all competitions for the French outfit so far this year.

And following this, it seems like the midfielder has caught the eyes of both Barca and Real Madrid if recent reports are to be believed.

As per Mundo Deportivo, both the Blaugrana and Los Blancos are in the hunt for the teenager, a player Stade Rennais want €40M for.

It’s also stated that Barca chief, Eric Abidal, has already been on a personal scouting mission to France to watch Camavinga in action, with the ex-Blaugrana star being impressed with what he saw. 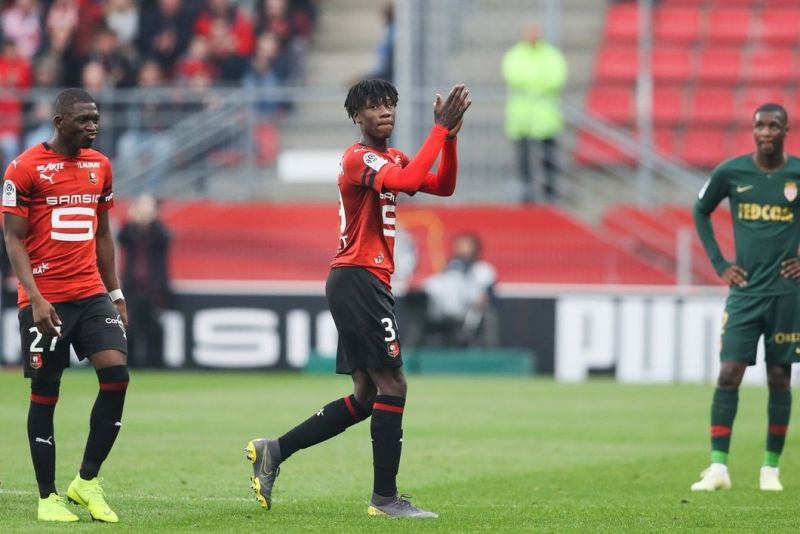 Camavinga is usually deployed as a defensive midfielder for Stade Rennais, a position Barcelona could do with adding to given that Sergio Busquets is slowly approaching the end of his career.

Given that Stade Rennais are already after €40M in return for Camavinga’s signature, it seems like the player’s price is only going to rise as he gets older and improves with age.

Thus, unless Barca or Real want to end up paying a small fortune for the player, we suggest they go after him as soon as possible.