Former Arsenal man Paul Merson has urged Unai Emery to start Mesut Ozil in the Gunners’ upcoming games, however he’s doubted whether the Spaniard actually will.

The German has been left out of Arsenal’s squad for their last three games in all competitions, something that has lead to a number of reports suggesting that the club are set to get rid of him in January.

As per the Sun, the Gunners are ready to let the German international leave on loan during the winter window, whilst the Mirror note that the midfielder is fearful that his time at the Emirates is coming to an end.

Following this, former Arsenal man Paul Merson has come out and called for Emery to bring Ozil back into his first team plans for his side’s matches in the upcoming weeks.

According to the Daily Star, via the Mirror, Merson stated “He’s a luxury player, and the manager has obviously decided he can’t carry a player like that in a team that’s already one of the worst around without the ball. With these games coming up, Arsenal are going to have 70% of the possession. He thrives in those situations.” 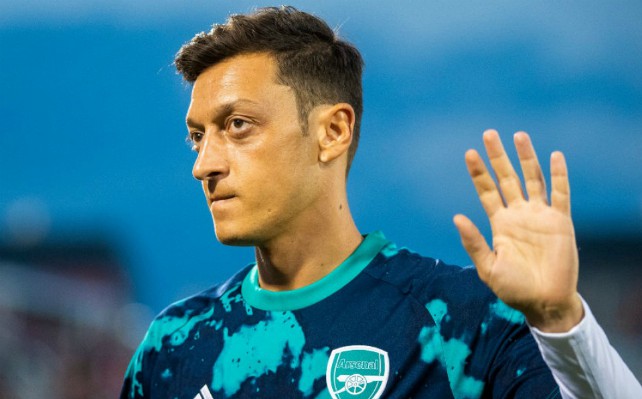 Merson believes Emery should, but won’t, start Ozil in the coming weeks

Merson then added “Unai Emery should bring him in from the cold. But he won’t.”.

Ozil, despite declining somewhat in recent years, is still the best creative midfielder Arsenal have at the club, thus it seems a little strange to as why Emery is so reluctant to play him.

It’ll definitely be worth keeping an eye on how the situation surrounding Ozil develops in the coming months, and whether he does in fact end up leaving the Gunners in the January window.