Barcelona have been handed a boost ahead of their clash against Eibar next weekend, as Samuel Umtiti is set to complete his return from injury time for the match.

Umtiti has been out ever since he injured his foot whilst on international duty for France back in September, however now, it finally looks like the defender is close to making a full recovery from this and being made available for selection once again.

According to Direct Esport3, Umtiti will travel with the rest of Barca’ squad to Eibar next weekend for their La Liga clash, with the Frenchman set to return to first team training sometime over the next seven days as well.

This news comes at a good time for the Blaugrana, as Gerard Pique to set to miss their match next Saturday after he picked up his fifth yellow card of the season against Sevilla last weekend.

At the time, this meant that only Todibo and Lenglet would be available for the match, however now, it seems like Valverde will be able to call upon Umtiti for his side’s trip to the Ipurua. 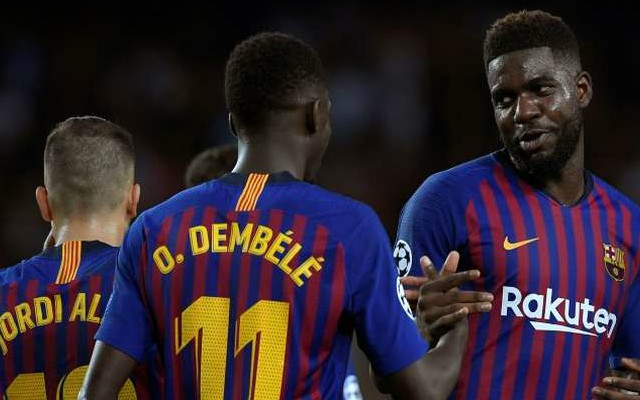 Umtit is yet to play single minute of first team action for Barca so far this term, something that can be attributed down to injuries, as well as the forms of both Lenglet and Pique.

It’ll be interesting to see whether Valverde opts to start Umtiti against Eibar in a week’s time, or whether he chooses to go with Todibo over the 25-year-old.