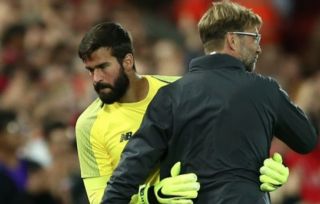 Liverpool goalkeeper Alisson has revealed the exact words that were used by Jurgen Klopp in order to inspire his Reds squad before their brilliant comeback against Barcelona in the Champions League last year.

Liverpool produced a 4-0 result in the second leg of their semi final clash against the Blaugrana in the Champions League last term, overturning a 3-0 first leg defeat in what was one of the best and most shocking results the footballing world has seen in quite some time.

Given how good Barcelona looked in stages last year, we assume Klopp would’ve had to use some seriously inspiring words in order to help his produce the comeback that they did.

And now, six months after the match, shot-stopper Alisson has come out and revealed exactly what the German told his side ahead of their Anfield heroics.

As per the Mirror, when speaking about Klopp’s team talk before Barcelona, Alisson revealed that the German said “in the first leg we deserved more, and Klopp told us to not slow down and continue imposing our high pace of play so we could achieve our goal.” 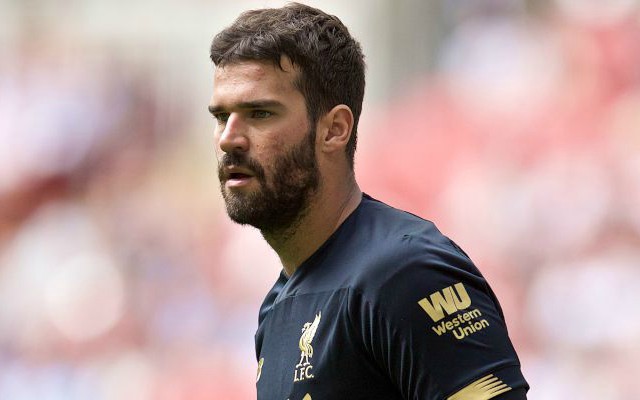 Klopp’s words clearly worked considering the result Liverpool ended up managing in the second leg, something that effectively ended up playing a key role in their success in the competition.

It’ll definitely be interesting to see if LFC can recreate their CL heroics this season, something that’ll see Klopp cement his place in Liverpool folklore should it happen.