Man City look set to hand Brazilian midfielder Fernandinho a new deal in the very near future following his recent good form for Pep Guardiola’s side.

Fernandinho has found himself being a key member of City’s starting XI in recent weeks after John Stones and Aymeric Laporte both picked up injuries, something that has seen the Brazilian slot in at centre-back.

Despite City’s results not being the best of late, Fernandinho himself has still been reliable, and now, it seems like the 34-year-old is going to be rewarded with a new deal at the Etihad.

As per the Sun, Fernandinho looks set to be handed a 12-month extension to his current deal with the club, which runs out at the end of the season.

The report also notes that City plan to hold talks with Fernandinho over the Christmas period, with the club aiming to tie him down to a new deal then.

Despite Fernandinho slowly approaching the end of his career, the Brazilian international has shown that he can still cut it against some of the best teams England has to offer. 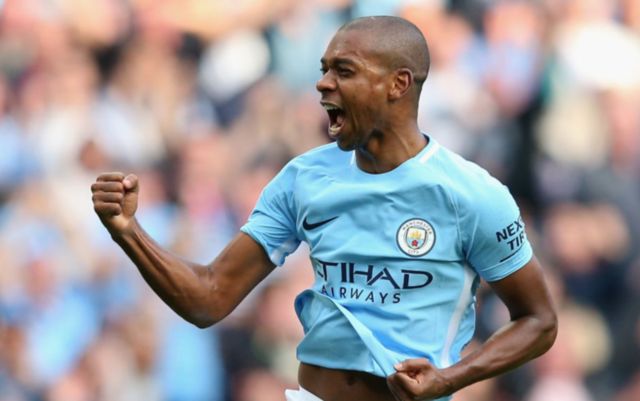 Rodri seems to have replaced Fernandinho at Man City’s main defensive midfielder this season following his arrival from Atletico Madrid in the summer.

However, it would still be handy to have Fernandinho as a back-up option to call upon in the near future, a view City seem to share given the fact that they want to hand him a new deal.