Pep Guardiola is reportedly keen to see Man City sign Barcelona and Croatia midfielder Ivan Rakitic in January, a player who’s also been linked with a move to Man United.

Rakitic has found himself out of favour at Barca so far this year, with manager Ernesto Valverde opting to start players such as Frenkie De Jong, Arthur Melo and Sergio Busquets over the Croat.

This has come as somewhat of a surprise for fans considering just how heavily involved Rakitic has been in Barca’s first team plans in recent years.

This exclusion has seen Rakitic linked with a move away from the Nou Camp in recent times, with the Mirror linking him with a switch to Man United recently.

However, if other reports are anything to go off, it seems like United aren’t the only team that are said to be interested in the midfielder.

As per Don Balon, Man City are interested in acquiring the player’s services, with Guardiola proposing the idea of a swoop for him to the club in recent times.

It’s also stated that City could end up agreeing a deal to sign Rakitic in the coming months, a move that’ll hand their midfield options a big boost should it happen. 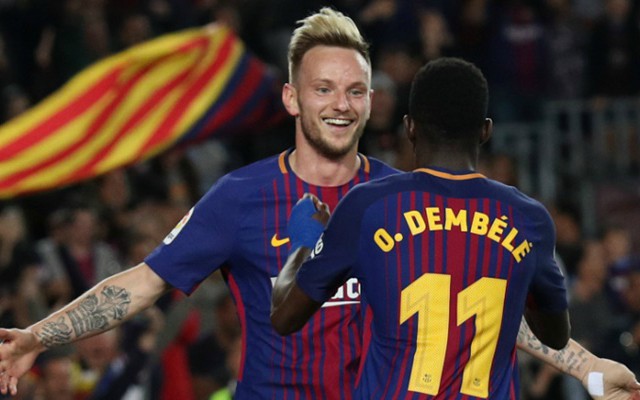 Rakitic has been great for Barcelona over the years, thus him leaving would be a blow for the Blaugrana despite his lack of game time so far this year.

The Croatian international has been a key part of the club’s first team since his arrival from Sevilla in 2014, with Rakitic helping the club win numerous league titles, and a Champions League title, during that time frame.

Now, it looks like the midfielder’s time in Catalonia is coming to an end, and if these reports are anything to go off, it’s looking like both Manchester clubs will be in the hunt for him.