With more and more money being pumped into the top levels of football, it’s starting to look like clubs are increasingly nervous about releasing players for international duty due to possible injury concerns.

That will definitely have been the case for Real Madrid and Barcelona this weekend as they prepare for their huge game next weekend. Reports coming from Spain suggest some very concerning news from the Real Madrid camp.

Marca have reported that Luka Modric and Gareth Bale picked up knocks during the Wales vs Croatia game this evening. They say that both players are looking doubtful, but Modric had to be subbed off and looks the more likely to miss the game.

They go on to say that Gareth Bale is suffering from some pains in his left leg, although he managed to finish the game it doesn’t sound like he’s in a great way either.

Obviously Zidane will want to have both players available, but the loss of Modric could be huge. Toni Kroos has also struggled with injuries recently while they do have plenty of players in the forward positions who could step in to replace Bale. 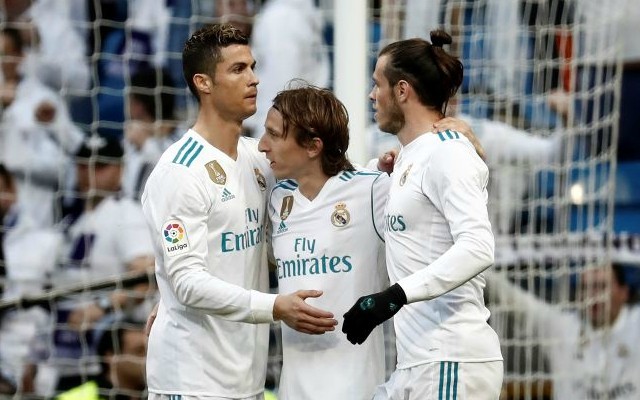 Modric and Bale celebrate with Ronaldo

The midfield battle is always tough against Barca so going into the game without his two main central midfielders would be a huge blow for Zidane.

It’s likely more updates will emerge as we get closer to the game, but things are not looking good for the pair just now. It’s also worth noting they are both the wrong side of 30, which typically means it takes longer to recover from injuries.