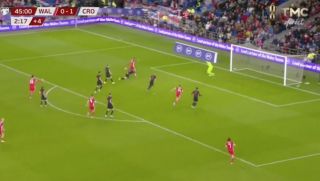 Gareth Bale scored a massive goal for Wales this evening, as he bagged an equaliser in his side’s Euro 2020 qualifier against Croatia.

Having gone 1-0 down early in the first half, Wales looked up against it as they looked to come away from this match with at least point.

If there's one man you want in on goal, it's Gareth Bale! Superb footwork and finish.

And now, it seems like they’ve got a great chance of doing so, after Bale bagged a fine finish just before half time.

After being played through one-on-one, the Real Madrid man skipped past one of Croatia’s defenders before slotting home with his left.

Fine piece of composure from Bale there!