Man United have been handed a boost ahead of their vital clash against Liverpool this weekend, after Sweden’s manager confirmed that Victor Lindelof is ‘getting to ready’ to play against Spain this week.

The Swede had missed United’s loss to Newcastle in their league Premier League outing, with the defender also sitting out Sweden’s match against Malta last week, one in which they won 4-0.

This would’ve definitely lead to some doubting as to whether Lindelof would be fit for United’s clash against the Reds at Old Trafford this weekend.

However, following some words from Sweden’s manager Janne Anderson, it seems like the defender is going to be fit in time for the match.

As per the Sun, when questioned about Lindelof playing for Sweden against Spain this week, Anderson responded “I have heard nothing other than he is getting ready to play”, with Anderson also noting that every one of his players trained “as normal” today.

Given this, it looks as if Lindelof has recovered from whatever problem made him miss United vs Newcastle last Sunday, news that’ll be music to Solskjaer’s ears. 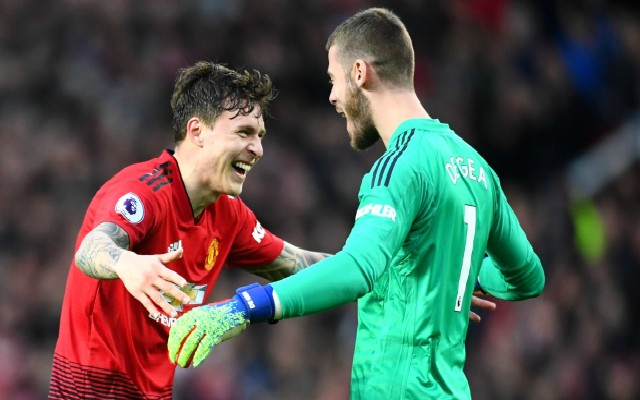 United have been handed a boost regarding Lindelof’s fitness

Lindelof has played in all but one of United’s league outings so far this term, with the Swede managing to establish himself in the club’s starting XI so far this year.

United’s defence has been one of the best in the league so far this year, something that can be attributed down to the partnership Lindelof has made with Harry Maguire at the back.

And now, it seems like the Red Devils are going to be able to start their first-choice centre-backs against Jurgen Klopp’s side on Sunday.