Liverpool goalkeeper Alisson is reportedly set to make his comeback from injury in this weekend’s Premier League clash against Manchester United.

The Brazil international has missed much of the season so far since going off injured in the opening day win over Norwich City back in August.

However, Alisson now looks set to hand Jurgen Klopp a huge boost by playing again this weekend when Liverpool take on Man Utd at Old Trafford on Sunday, according to the Telegraph.

LFC fans will be delighted with this news as Alisson is a clear upgrade on backup ‘keeper Adrian, even if the Spaniard has done an admirable job in Alisson’s place during his time out of the side. 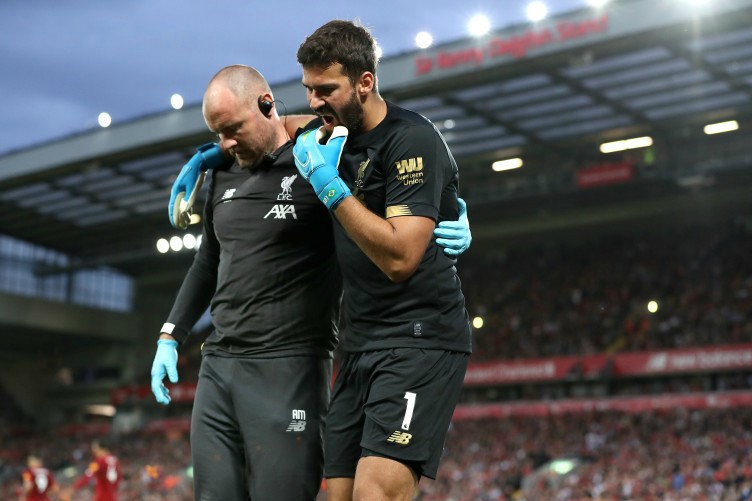 Liverpool are chasing an 18th successive Premier League victory this weekend and will no doubt benefit from having a match-winner like Alisson in their team against a potentially dangerous opponent.

Although United have not been at their best in recent times, form goes out the window for these big grudge matches and one imagines Ole Gunnar Solskjaer’s side will be hugely motivated to end their rivals’ winning run.