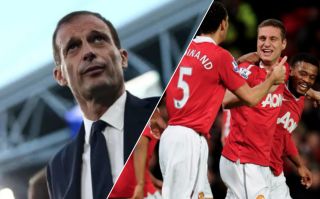 Italian coach Massimiliano Allegri is reportedly looking to bring Patrice Evra with him to Man United should he replace Ole Gunnar Solskjaer as manager at Old Trafford.

The Guardian noted earlier this month that the Italian is keen to take over from Solskjaer should the Norwegian be relieved of his Red Devils duties in the near future.

And now, it seems like Allegri is already eyeing up coaches he can bring in with him as his backroom staff should he get the job at Old Trafford.

According to the Daily Mail, Allegri is looking at bringing Evra in with him should he be made United manager in the near future, which comes amid reports stating that the former Juve boss is being touted at the club’s next manager.

Allegri is one of the best managers in world football, with his record at clubs such as Juventus and AC Milan speaking for themselves.

Evra is seen as a United legend given how successful he was with the Red Devils during his time at Old Trafford, thus we assume fans of the club will be glad to hear Allegri would be keen to bring him in should he replace Solskjaer.

Evra definitely knows what it takes to win major trophies in football, something that’ll definitely come in handy should he move back to Old Trafford as a coach with Allegri in the near future…