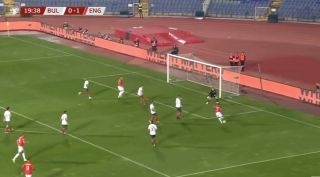 Ross Barkley was on hand to score for England this evening, as the Chelsea man applied the finishing touch to a fine team goal from Southgate’s men.

Having already been 1-0 up thanks to a fine solo goal from Rashford, the Three Lions doubled their lead in the 20th minute through midfield maestro Barkley.

Barkley rounds off a lovely move by @England

After a string of passes were put together by England, the ball eventually found Raheem Sterling, who fired the ball across goal for Barkley, who had the simple task of tapping home from close range.

Southgate’s men turning on the style in eastern Europe tonight!