Crystal Palace star Wilfried Zaha has got some Arsenal fans talking as he tweeted a video of his assist for Nicolas Pepe’s goal for the Ivory Coast.

The pair clearly link up well for their country, and it’s fair to say Pepe could probably do with that kind of service to help him get going at Arsenal after a slow start since his summer move from Lille.

Zaha was notably linked with Arsenal in the summer by the Independent, while i News even claimed the Gunners could still target the Eagles winger despite signing a similar player in Pepe. 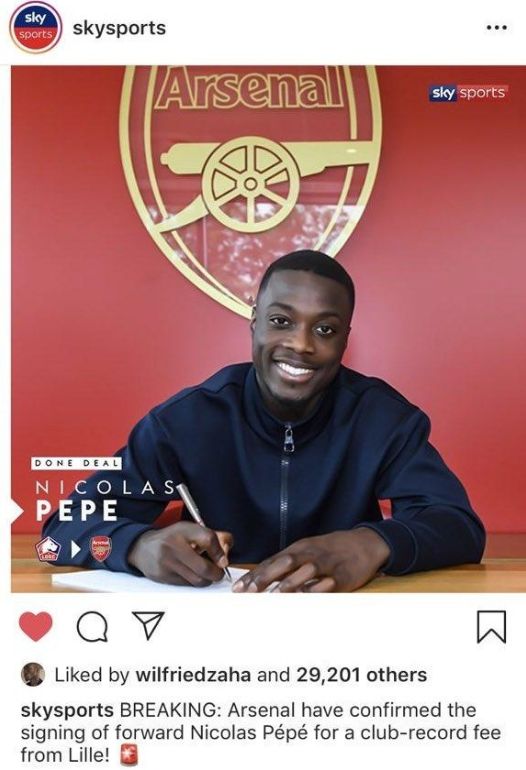 The 26-year-old raised eyebrows when he ‘liked’ a social media post confirming his fellow countryman’s move to Arsenal, and now some Gooners are once again getting excited about what comes across as slightly teasing social media activity…

Link up needed at arsenal

Zaha for The Arsenal ??

Come January you can do this on the carpet? ?

Linkup at the Emirates ???

Be patient bro, we’ll come for you in January???