The German playmaker turns 31 today and clearly remains a big fan favourite at the Emirates Stadium despite seeing a lot less playing time this season.

Arsenal manager Unai Emery has notably left Ozil out of a number of his matchday squads lately, and also seemed to start phasing him out of his first-team last year as well.

Ozil remains a top creative player with the ability to decide a game with a moment of magic, but it remains to be seen if we’ll get many more glimpses of him in a red and white shirt. 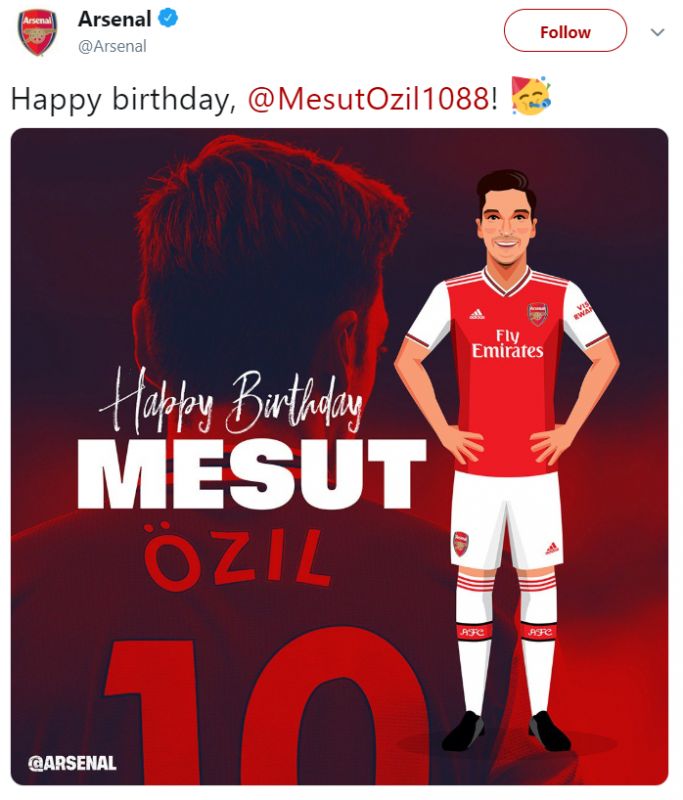 This lot certainly hope they do, as many fans sent messages back to AFC’s account calling on manager Emery to play the former Real Madrid man a bit more often.

Will the manager get the message? We’ll have to wait and see, but the message is loud and clear…

Happy Birthday! ?? I just wish he would get more opportunity. I miss seeing him play. pic.twitter.com/cyAGWAlArE

Need this man back ??? pic.twitter.com/t0rrA2d7eI

Happy birthday Wizard of the Oz. My best player at arsenal all these years. Hope you will be back soon.#coym #COYG

Don’t happy birthday him. Play him ?

Dear @UnaiEmery_ you really need to start playing Ozil with Pepe and Auba and Saka or Lacazette.

Enough of this vendetta.