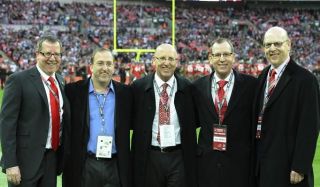 Kevin Glazer is reportedly set to sell his 13 per cent stake in Manchester United, becoming the first of his siblings to do so following poor financial results at Old Trafford.

The Red Devils are going through a torrid run of form on the pitch at the moment, and it looks like that might now be affecting things away from the field as well.

According to the Sun, Glazer is now set to cash in on his stake in the business at United, which coincides with their first fall in revenue in years and their struggles to find a new shirt sponsor.

The Sun claim Chevrolet don’t want to extend their deal with MUFC, which gives the club yet another thing to worry about in these testing times.

Many Man Utd fans will be glad to see slightly less Glazer involvement as they have been unpopular owners, but of course this doesn’t necessarily change a great deal about the structure of the club.

The Sun also note that the Glazers refused to sell United to the Saudi Arabian government last year.