Liverpool are chasing an 18th Premier League win in a row when they take on old rivals Manchester United at Old Trafford this weekend.

The Reds have been in scintillating form for much of 2019, finishing just a point behind Manchester City in last season’s title race and beating Tottenham 2-0 to lift their sixth Champions League title.

United, by contrast, look a mess at the moment and should on paper be an ideal opponent for Jurgen Klopp’s men as they look to equal City’s all-time record for consecutive league victories.

Liverpool are currently on 17 wins in a row, while City’s record is 18, achieved in 2017, and luckily from a LFC point of view, it looks like they should be able to field a strong line up as some key players make it back from injury.

Goalkeeper Alisson has been out since going off injured in the opening day win over Norwich City, and while Adrian has performed admirably in his absence, it should be great news for the club to have their Brazilian shot-stopper back.

The Telegraph suggest he should be in line to play against Man Utd, while the Daily Mirror report that Mohamed Salah is almost certain to start as well despite injury concerns of his own. 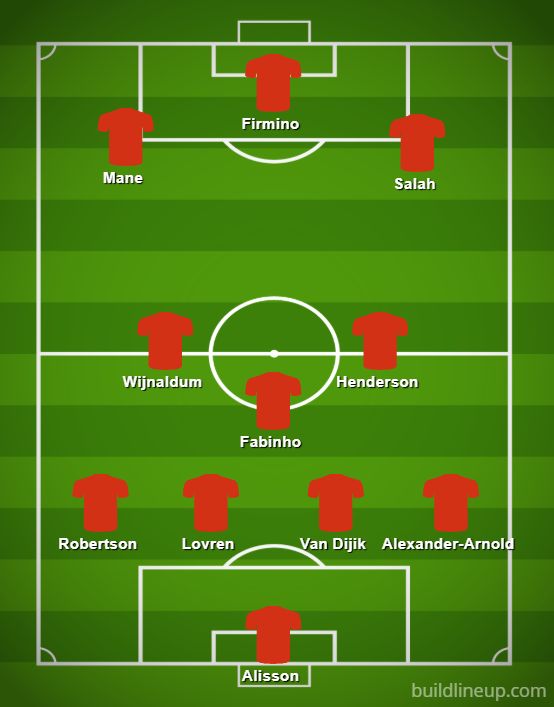 As you can see from the line up above, this gives Klopp an easy job of picking his team, as he only has one potential headache in defence.

There is some uncertainty over Joel Matip, with Dejan Lovren filling in well in his absence, so perhaps likely to get the nod over Joe Gomez to partner Virgil van Dijk.