Manchester United look set to welcome back four key players as they face the difficult challenge of halting Liverpool’s winning run this weekend.

The Red Devils are enduring a difficult start to the 2019/20 as Ole Gunnar Solskjaer’s position as manager looks increasingly in doubt.

It remains to be seen if United can pull something special out of the hat for this big game on Sunday, with the club likely to be desperate to prove their critics wrong with a victory against their in-form rivals.

Liverpool travel to Old Trafford seeking a record-equalling 18th win in a row in the Premier League, and will no doubt be the big favourites to do it.

However, Man Utd will at least be boosted by the return of some hugely important players if recent reports are anything to go by.

According to the Daily Mirror, Solskjaer can welcome back Paul Pogba, Aaron Wan-Bissaka and Luke Shaw this weekend to majorly improve the team in defence and midfield.

MUFC have also really struggled in attack, however, and so it’ll be encouraging to see that Anthony Martial is also winning his race to be fit to take on Liverpool, as reported by the Sun. 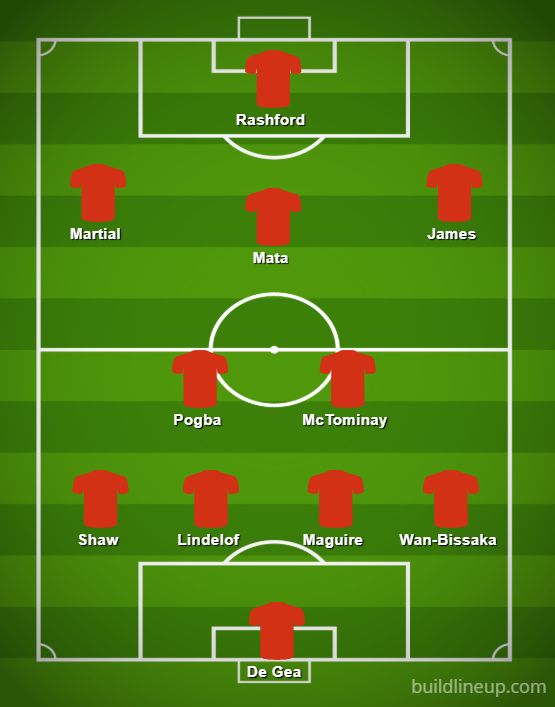 While this line up still has its flaws, it surely gives United a great deal more hope having influential and talented stars like Pogba and Martial in there.

It also means under-performing squad players like Ashley Young and Fred can be moved out of the side, though of course some fans will still not be happy to see struggling performers like Juan Mata and Marcus Rashford involved, even if there isn’t really any alternative.