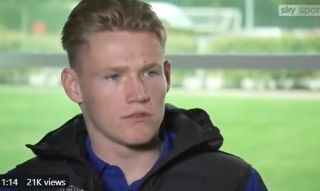 The Portuguese tactician Dave McTominay his debut for United and was key in helping the Scotland international become a regular in the club’s first team.

"Jose is very special to me, he even keeps in contact now." ?

Scott McTominay says Jose Mourinho holds a 'special place in my heart' and his former manager still keeps in touch.

While McTominay was not keen to talk too much about a former MUFC colleague, he did admit Mourinho will always be a special figure in his career and that he still contacts him even after leaving Old Trafford.

Mourinho wasn’t exactly Mr Popular for much of his time at United but fans will surely be pleased to see him having such an influence on a talented young player and continuing to do so.