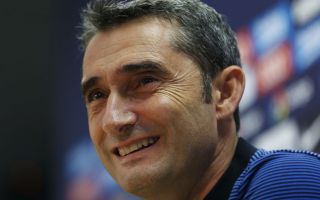 Barcelona have been dealt some good news regarding their pursuit of Fabian Ruiz, after it was noted that the Spaniard wants a release clause of less than €100M included in his new deal with Napoli.

Ruiz moved to Carlo Ancelotti’s side in the summer of 2018, and has since managed to establish himself as one of the best and most dominant midfielders in the whole of Italy.

Because of this, it now seems like Ruiz has caught the attentions of some of the world’s biggest clubs.

As per AS, both Real Madrid and Barcelona, as well as Atletico Madrid, are all in the hunt for the former Real Betis man, who’s current deal doesn’t include a release clause.

However, that could soon change, as the report also notes that Napoli have started talks with the player’s agent over a new deal for the midfielder, however Ruiz only wants a release clause included in his new deal should it be less than €100M.

This’ll come as a boost for Barca, as there were reports of Napoli wanting to include a clause of €120M in the player’s updated deal as per AS, however now, it seems like that’s going to be far from the case.

Should Napoli bow down to Ruiz’s demands, it seems like the Italian outfit are only going to be able to include a release clause of €99M at most in his new deal, a reasonable price to pay for a player who could become one of the best in his position in the near future.

If Barca were to sign Ruiz and pair him with De Jong and Arthur, they’d have a midfield capable of dominating European football for years to come.

All we have to wait and see now is whether the Spanish international ends up moving to the Blaugrana, or any other top club, in the near future…