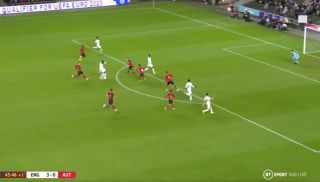 Callum Hudson-Odoi scores another brilliant goal for England U21’s tonight, as he put Aidy Boothroyd’s side 4-0 up against Austria.

Having already bagged in the first half with a fine half-volley, the Chelsea youngster got his second of the game just before half time with a stunning solo effort.

He's wasting absolutely no time on his return from injury! pic.twitter.com/ra9qVwuY4H

After picking up the ball in his own half, Hudson-Odoi burst forward at speed before firing home from just outside Austria’s area to hand the home side a 4-0 lead just before the break.