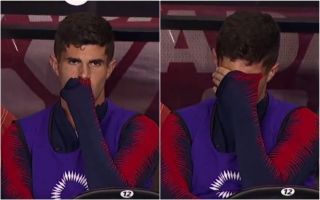 Christian Pulisic isn’t having the best season so far after his summer transfer to Chelsea, and things got worse during the international break.

Watch below as the former Borussia Dortmund man is subbed off for the US Men’s national team, which appears to spark an angry and upset response from the player.

Christian Pulisic was in tears after being substituted with USA against Canada? #cfcpic.twitter.com/5ZYAFKS5Pq

However, it may be that Pulisic was simply feeling physically unwell as he went off, rather than emotionally distressed.

According to the Sun, USA manager Gregg Berhalter explained later that Pulisic was experiencing a fever and other flu-like symptoms.