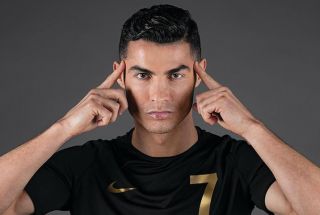 The Portugal international is some way ahead of other big names like Barcelona forward Lionel Messi, Manchester United and England legend David Beckham, as well as Neymar and Zlatan Ibrahimovic.

The Daily Mirror detail a study by Buzz Bingo, which shows Ronaldo has generated an incredible £38.2million income from the adverts he runs on his Instagram account.

Messi is a fairly distant second with £18.7m, even if the Argentine is probably ahead of his old nemesis in terms of all-round performances on the pitch in recent times.

In third is Beckham on £8.6m, followed by Neymar on £5.8m, while Ibrahimovic has amassed £3.2m from his posts.

I’m ready to Play It Cool! Are you?😉 #CR7PlayItCool

I’ve achieved so much wearing Mercurial boots. Now, I am excited to see you all follow your dreams in my new #Mercurial Dream Speed. ⚡💭 Available today at Nike.com/football

Ronaldo is undoubtedly one of the most marketable athletes in the world at the moment and clearly a shrewd businessman as he makes the most of his image on social media.

This should set the Ronaldo family up well for when the 34-year-old eventually hangs up his boots from playing.

Get ready for the week 😉