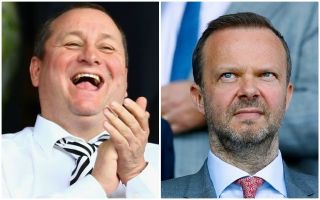 Newcastle owner Mike Ashley greeted Manchester United chief Ed Woodward in a hilarious fashion before his side’s 1-0 victory over the Red Devils before the international break.

According to The Athletic (subscription required), opinion-splitting Newcastle owner Mike Ashley may have won himself some fans, here’s how the Magpies head honcho greeted Manchester United chief Ed Woodward before his side’s shock 1-0 win before the international break.

Newcastle and United’s faithful tend to have the same opinions of their club’s shot-callers.

This wasn’t even the best bit of the encounter, Ashley also introduced one of his associates to Woodward.

Ashley’s pal was indeed a Red Devils supported and he quizzed Woodward as to why the club kept announcing “all these noodle deals” rather than new signings. 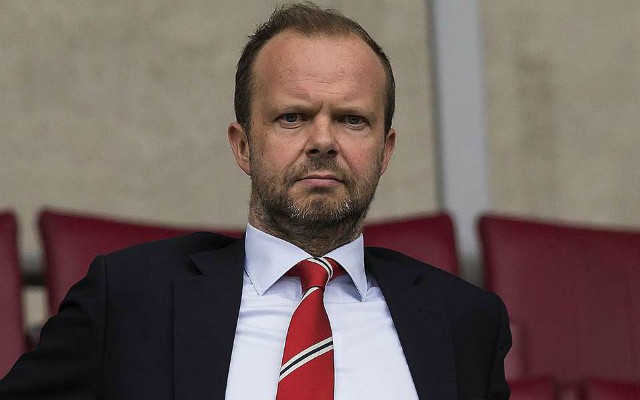 Woodward has come under fire from fans in recent years due to the transfers he’s overseen.

The United chief executive reportedly responded by telling the fan that player signings wouldn’t be possible without these “noodle deals”.

The Old Trafford outfit have grown exponentially – from a commercial standpoint, since the Glazers took the reins but the club’s ownership seem to be faced with the same constant complaints.

Given the doomed signings that United have made since Alex Ferguson’s retirement, it’s clear that the Manchester outfit need to revamp their recruitment strategy if they’re serious about getting back to the top.