Jurgen Klopp could be set to name Liverpool’s Champions League final winning starting eleven for the first time this season vs United after a triple injury boost.

Liverpool’s official website revealed yesterday that Joel Matip and Alisson Becker had returned to training following spells on the sidelines with injuries.

Alisson has been out of action for a lengthy period following a calf injury and Matip missed Liverpool’s last two meetings with a knock.

Liverpool’s correspondent for the Evening Standard also revealed that superstar Mohamed Salah trained away from his teammates, the forward has been on a special training programme following the ankle injury he suffered against Leicester.

With all three Reds stars looking as though they’re back to full fitness, Sunday’s mammoth clash with rivals Manchester United could see Jurgen Klopp name the side that won the Champions League final for the first time this season.

Take a look at out predicted Reds lineup for the crucial clash below: 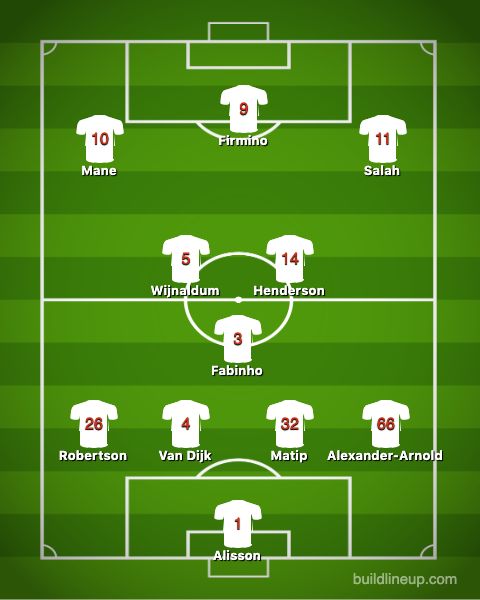 Liverpool could thrash their heated rivals given their stellar form and the fact that Ole Gunnar Solskjaer will be missing several key players.

According to the Telegraph, United will be without superstars David de Gea and Paul Pogba for the all-important clash.

The Reds have the chance to really steamroll the Red Devils.