Even if Ole Gunnar Solskjaer had his entire squad to choose from this weekend, you still get the feeling that Jurgen Klopp could rest a few players and still get a convincing win.

It’s a strange time for Man United fans as they go into a home game fearing the worst. The squad is lacking in quality anyway, so missing a lot of players through injury is nothing short of a nightmare for Solskjaer to contend with.

A report from The Manchester Evening News highlighted how many players were possibly out for the game on Sunday and it’s not positive reading for United fans. This XI made up of injured players is probably better than the actual team who will play Liverpool: 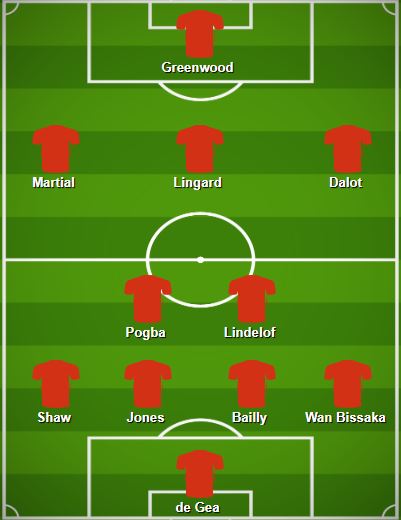 The only one who looks likely to make it is Victor Lindelof who managed to play for Sweden last night, but he hasn’t been officially confirmed as fit for the game either. The absences of David de Gea and Paul Pogba will hit the team hardest. The Spaniard is a magnificent shot stopper and you expect Liverpool will have plenty of shots on Sunday.

Pogba might get a lot of criticism for his demeanor and sometimes lackadaisical use of possession, but he’s still the only United player who looks capable of producing a decent forward pass that could unlock the opposing defence.

Even when all these players return from injury they still need to make some additions to the squad in January. Liverpool fans must be drooling over the prospect of dismantling a poor United team at Old Trafford.