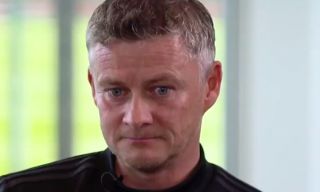 Manchester United manager Ole Gunnar Solskjaer genuinely looked a broken shell of a man as he confirmed Paul Pogba and David de Gea would be out injured for this weekend’s game against Liverpool.

It’s been a dire start to the 2019/20 season for the Red Devils, with Solskjaer’s future now looking increasingly in doubt as he badly struggles to lift his struggling side.

The Norwegian certainly looks like a man who knows nothing is going his way right now, as he looks totally despondent discussing the Pogba and De Gea news.

United will now be hoping they can spring a shock on their rivals this weekend but it’ll be an even harder task with these two key players missing from the team.