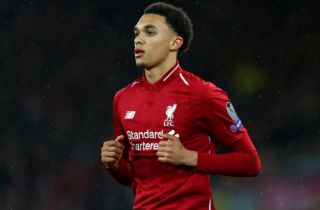 Liverpool right-back Trent Alexander-Arnold today entered the Guinness World Records book for the most assists ever provided by a defender in a Premier League season.

The 21-year-old achieved this hugely impressive feat last season as he set up 12 goals for his team-mates as the Reds finished a close second to Manchester City in the league table.

Alexander-Arnold has risen through Liverpool’s academy to become one of their most important players in recent times, becoming a truly outstanding attacking outlet for Jurgen Klopp’s side.

As well as his assist making in the Premier League, the young England international also notably set up plenty in the Champions League as well as LFC went on to win the competition.

Most notably, Alexander-Arnold set up two goals in the 4-0 semi-final win over Barcelona at Anfield, the first of which was for Georginio Wijnaldum, the second of which came from an inventive quick corner to Divock Origi.

As seen in the tweet below, Wijnaldum’s response to Alexander-Arnold’s record breaking was to joke that he actually got the recognition for his fast corner, and fans loved it… 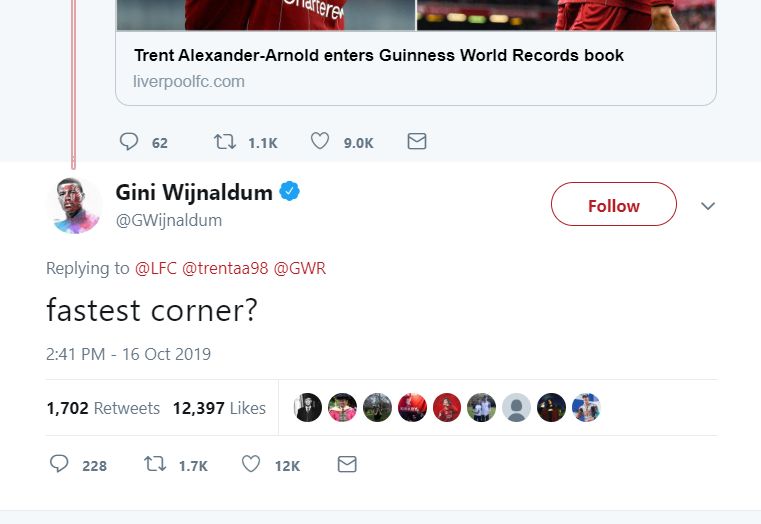 GINIIIIII that’s a massive W from you lad ???