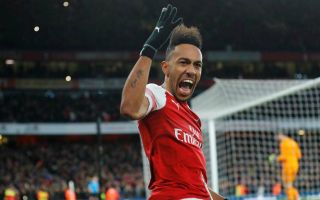 The Gabon international has been a world class performer for the Gunners and could’ve been a fine addition for Manchester United as well, who were strongly linked with him by Tuttosport.

This deal never materialised, despite Man Utd looking badly in need of a new striker after selling Romelu Lukaku to Inter Milan and also loaning out Alexis Sanchez to the Serie A giants.

Arsenal fans will be relieved, however, that they kept hold of Aubameyang, and journalist James McNicholas has offered some insight into how those rumours might have surfaced.

In a Q&A session with The Athletic, McNicholas answered one fan’s query about those stories, and explained that he felt it was likely just speculation that arose relating to his potential new contract at the Emirates Stadium.

It’s worth noting that the former Borussia Dortmund man has not yet actually signed a new deal with the club, but fans will hope this can happen soon and that McNicholas is right not to see the United rumours as a major concern.

AFC have lost stars like Alexis Sanchez and Robin van Persie to their rivals in recent times and would not want to see such a thing happen again with the in-form Aubameyang.