Premier League giants Chelsea are amongst some of the top European clubs to scout this Italian wonderkid, the ace is already an established first-teamer for his side.

According to The Sun via Italian journalist Nicolo Schira, Chelsea are one of the top European outfits that are scouting 19-year-old Chievo Verona star Emanuel Vignato.

It’s reported that Italian giants AC Milan and Inter are keeping a close eye on the ace, as well as Bundesliga champions Bayern Munich.

Vignato established himself as an important first-team member for Chievo last season, the winger actually made his Serie A debut in the 2016/17 season.

Chievo were relegated last season and the ace has continued to showcase his talents for his boyhood club in Serie B.

The Sun’s report claims that Chelsea sent a scout to watch the attacker during his side’s 1-1 draw with Salernitana last month.

The Sun add that Chelsea are hopeful of lifting their current transfer ban in January, if the Blues are unsuccessful they’ll have to wait until next summer to sign players. 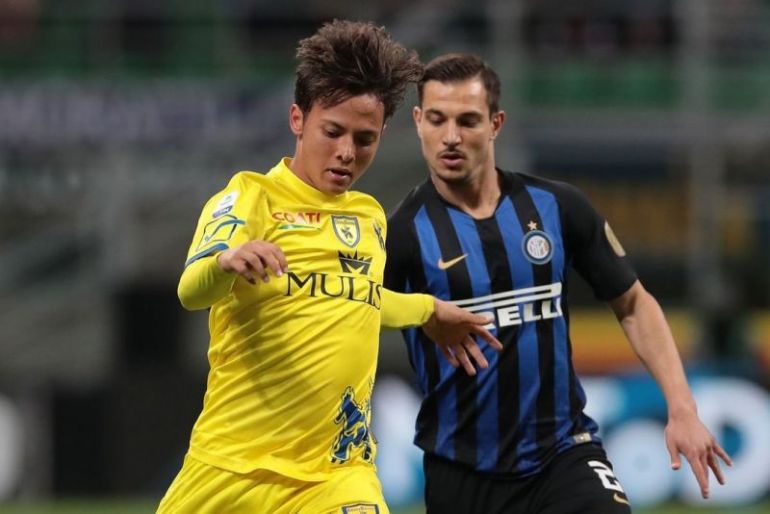 Vignato has already made 21 appearances for Chievo’s first-team.

Chelsea already seem to be preparing for the future under Frank Lampard, academy stars Callum Hudson-Odoi, Tammy Abraham, Mason Mount and Fikayo Tomori are all establishing themselves as key players this season.

Even though Chelsea signed tricky winger Christian Pulisic this summer, the Blues could do with refreshing their talent on the flanks as veterans Pedro and Willian could leave west London once their contract expire at the end of this season.

Vignato was recently promoted to Italy’s Under-20s squad after his impressive displays, the ace has 25 caps for his country’s youth sides.

The 19-year-old attacker was called up by Brazil’s Under-17s some years ago as his mother is Brazilian, however the ace never won a cap and seems to have decided to represent Italy.

Current Chelsea stars Emerson Palmieri and Jorginho are both of Italian-Brazilian descent, Vignato would find it easy to fit in at Stamford Bridge.

Chievo are currently sitting 10th in Serie B after seven games, if the side fail to secure a return to Italy’s top-flight they could be more likely to part with Vignato for a reasonable transfer fee.