After lengthy debates, the date for the El Clasico between Barcelona and Real Madrid has been set after talks were held by the La Liga committee.

According to Cadena Ser via journalist Manu Carreno, the first El Clasico of the season between Barcelona and Real Madrid will be played at the Camp Nou on Wednesday December 18.

The eagerly-anticipated clash was set to be played at Barcelona’s home on October 26, however the past week has seen numerous calls for the tie to be delayed or the venue to be changed.

There’s been serious unrest in Catalonia following the imprisonment of nine separatist leaders.

The Independent reveal that the leaders have been jailed for between nine and 13 years for their role in an illegal referendum and a failed bid to secure independence for Catalonia.

The ruling has led to protests which would possibly impact the staging of the game at the Camp Nou on the original date. 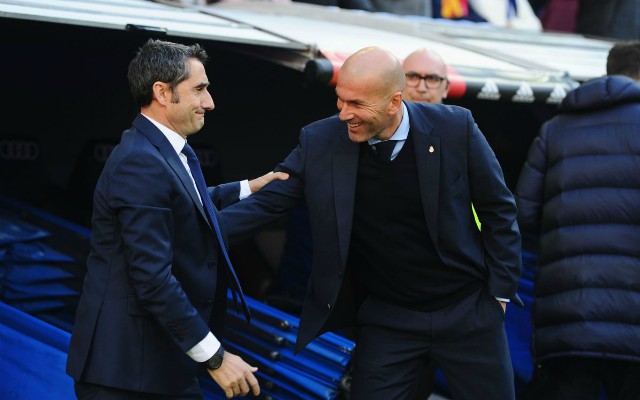 Zidane and Valverde will be targeting domestic and Champions League success with their respective sides this season.

Spain seems to be in a serious situation of political unrest. The divide between Catalonia and mainland Spain hasn’t been this bad in many years.