It tends to be the case that talk show radio hosts just throw out so many suggestions in the hope that something eventually comes true. Here we have a rare case when something would actually make sense, even if it seems unlikely.

Speaking on his Talksport radio show, Alan Brazil has urged Ole Gunnar Solskjaer to make a raid on Aston Villa to sign John McGinn, Tyrone Mings and Jack Grealish. It would certainly address a lot of the problems in the United squad but it’s hard to see Villa agreeing to sell their top players.

READ MORE: Pressure builds on Solskjaer as likely replacement wants a quick appointment to help save the season

It doesn’t matter how many years he’s spent at the club, Ashley Young is an utterly woeful left-back so someone needs to come in to provide cover when Luke Shaw is injured. Mings made his England debut this month so would probably push for a first team spot and would provide cover in central defence.

The midfield is the biggest issue right now. The strikers aren’t scoring but the midfield can’t control a game or make chances so they are always going to struggle. McGinn would provide a relentless energetic presence in midfield capable of doing everything.

Grealish might not be good enough for the top level, but you have to fancy he would be a better option than Jesse Lingard just now. 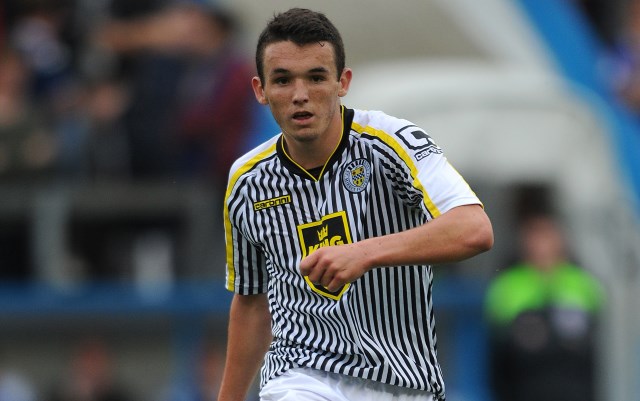 McGinn at St Mirren – could he be on the way to Man United?

There’s a bit of a fascination from a Scottish point of view to see what John McGinn would be like a truly big club. He’s managed to step up every time he’s made a move so far so it’s likely he would be a great signing.

You could only imagine that Villa would want £100+ to let the trio leave so a triple signing is beyond unlikely, but it would certainly improve the squad if they managed to sign three players like this.