It’s sometimes obvious to everybody involved that a player has outgrown the club and needs to move on at some point. It’s just a case of figuring out when is the best time to sell.

Of Course Celtic will want to keep Odsonne Edouard for as long as possible, but they will also be aware they need to get maximum value for his when he does go. As long as he’s happy and scoring that price tag will be huge, if he starts to agitate for a move or his contract runs down then a club somewhere is going to get a bargain.

There’s a feeling among Celtic fans that they want the Frenchman to at least stay for ten in a row, which would be the Summer of 2021 at least. That could all change if Rangers manage to take the title from them this season.

Despite that it seems the vultures are starting to circle. A report from The Daily Record suggests Lazio, Napoli , Roma , Borussia Dortmund and Lyon are all interested in signing him and had scouts watch him recently.

They go on to suggest that it would take more than the £25m that saw Kieran Tierney join Arsenal to let the Frenchman go, but even then they might not want to sell just now. 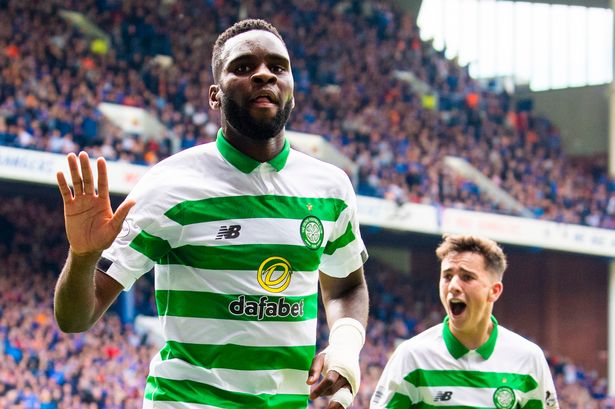 Edouard is obviously cut out for the top level, he’s skillful, physical and a prolific goalscorer so would be a perfect striker for almost any side in Europe. Celtic fans will be hoping he stays for a while yet, but we saw with Moussa Dembele that a player can suddenly demand a move, don’t be surprised if it happens again.