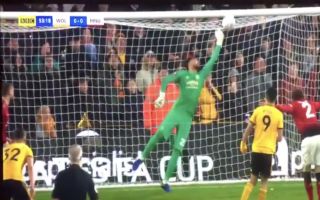 David James is of the opinion that Manchester United goalie Sergio Romero is just as good as the likes of Alisson and Ederson with his feet.

The Argentine played a key role in leading his country to the final of the 2014 World Cup and was shortlisted for the Golden Glove award. The following year, he joined Manchester United from Sampdoria. Unfortunately, Romero has made only 46 appearances for the Red Devils so far due to the presence of David de Gea.

With the Spaniard injured, the 32-year-old is set to make his first Premier League appearance since May 2018 and it’s just not any game as the opponents are Liverpool. The Reds have won all of their matches so far and Manchester United will be without some of their most important players.

James hailed Romero, likening his footwork to those Alisson and Ederson. Speaking to Goal.com, the former Liverpool goalie said:  “I’ve analysed him and there are a few keepers who are highly-rated who just put the ball out there in a general area. But he’s as good as Ederson and Alisson using his left foot and right foot.

“David de Gea is, of course, the No 1, but I looked at Romero when Manchester United bought him and I was amazed at how good the guy is with his feet – then I saw an improvement in De Gea. What you tend to find is when you’ve got two keepers or two players training with each other day in, day out, you start picking up positive habits from the other player.”

Romero has featured in seven Premier League matches for Manchester United and they have won six of them. The Argentine is yet to concede a goal at Old Trafford but he’ll have a tough time keeping the likes of Mohamed Salah, Sadio Mane and Roberto Firmino at bay.