Barcelona superstar Lionel Messi has handed the club some good news despite admitting that he doesn’t want to sign a ‘lifetime’ contract with the Spanish giants.

Cadena SER reported earlier this month the club were looking at offering Messi a ‘lifetime’ contract, one that’ll see him stay at the Nou Camp until at least the 2022 World Cup.

Following this, Messi has come out rubbished talk of this ilk, however it’s not all bad news for Barca fans, as the Argentine also declared that he’d be willing to stay with the club ‘all his life’.

As per Radio Metro, via Marca, Messi stated “At the time there was talk of a contract for life [at Barcelona], as they did with [Andres] Iniesta. What I said was that I don’t want a contract that binds me.”

The Argentine then added “I want to compete, perform and keep fighting for targets, not being here simply due to my contract. That is why I don’t like [the idea of binding myself to Barcelona]. But here [at Barcelona], I’d stay here all my life.”

Given this, it seems like Messi intends to end his career with Barca despite not being willing to sign a lifetime contract, news that’ll be relieving for Blaugrana fans to hear. 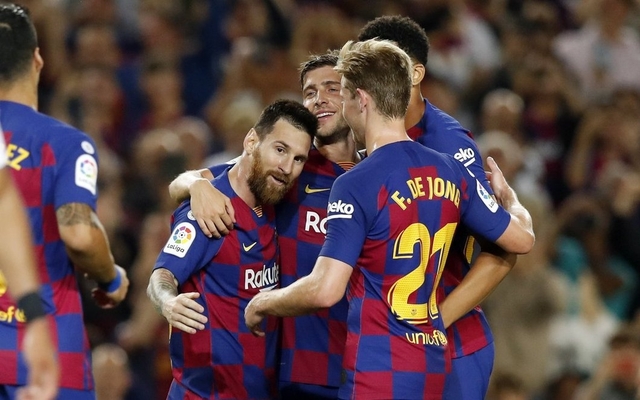 Messi has been Barca’s main man for about a decade now, and one wonders just how the club are going to cope once the Argentine finally calls time on his illustrious playing career.

At times, the Blaugrana look like a one-man team when Messi is on the pitch, with all of their play going through him, thus it’s easy to see why some may think the club will struggle once he hangs up his boots.

However, if these words are anything to go off, it seems like the scenario isn’t going to be happening for some time….