We all remember the supposed “golden generation” of English players who absolutely mastered the art of building up expectations before bottling it in a major tournament. On paper there were a lot of great players but it just couldn’t come together on the pitch.

It’s unlikely that the first player you will remember from the group would be Emile Heskey. He was much maligned for his lack of goal scoring instincts but clearly managers felt he was very important to the team.

According to some of his comments in a recent interview with Talksport, Heskey claimed that Rivaldo told him he was good enough to play for the Brazil World Cup winning side.

On one hand it shows just how highly rated Heskey was in the footballing world. Rivaldo played against him so clearly he was impressed with what he brought to the side.

On the other hand, Brazil are best known for producing skillful quality attacking players who are exciting to watch. Players like Rivaldo, Ronaldo, Ronaldinho and… Heskey? 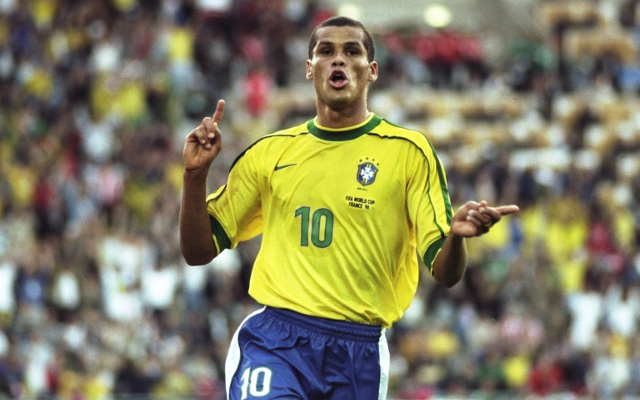 Rivaldo in action for Brazil

There are more examples in recent history of that kind of player leading the line for Brazil. Players like Fred and Luis Fabiano were seen as more physical strikers than skillful ones, but it’s also hard to forget how much criticism was aimed at Fred during the World Cup in 2014, especially when they ended up losing 7-1 to Germany.

Clearly Rivaldo was a big admirer of the former Liverpool player, but it’s hard to see a situation where the Brazilian fans would be overjoyed if he suddenly appeared in a Brazil shirt.