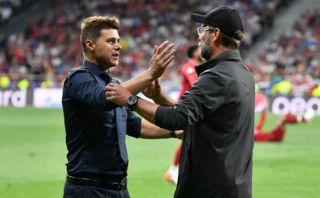 The Red Devils have had a disappointing start to this season under the Norwegian as they are 12th in the Premier League table with only nine points from their first eight matches. Manchester United somehow managed to reach the fourth round of the Carabao Cup by beating minnows Rochdale on penalties while they have amassed four points from their Europa League matches so far.

SEE MORE: “I don’t know if he will be a good enough signing”- Manchester United urged not to sign €45m Premier League star

Ince is of the opinion that despite Tottenham’s shaky form, Pochettino would be an ideal manager for the Red Devils. Speaking to FourFourTwo, the former Manchester United star said: “At the time last season, I felt Pochettino was the man. He was an ideal fit for Manchester United, given the finances he’d have at his disposal at Old Trafford, compared to what he has at Tottenham. It would have been the next step for him, but obviously that wasn’t to be. What’s happened at Tottenham this season doesn’t change the way I felt then.”

Pochettino is among the world’s best managers and there’s no doubt he is an ideal candidate to lead Manchester United. However, the club’s board should be patient with Solskjaer and give him a year or two to set things right at Old Trafford.