In a way it’s completely fair that Virgil van Dijk takes all the attention and plaudits when it comes to Liverpool’s defensive efforts. The full-backs do get an occasional shout out in an attacking sense, but another centre back has been hugely impressive this season.

Joel Matip has really established himself as a key player for Jurgen Klopp this season. He often looked awkward and gangly when he first arrived, but he’s grown into a powerful defender who’s also underrated on the ball.

READ MORE: Recent Manager of the Month winner tipped to take over from Klopp by former Liverpool teammates

There’s some good news for Liverpool fans after it was confirmed he had agreed a new deal to stay an Anfield until 2024 at least:

He turned 28 in the Summer so this will see him tied down for the remainder of his prime years at Liverpool. He’s never played for more than 30 Premier League games in a season for Klopp so he will be hoping to stay fit and show some consistent form to ensure he remains one of the first names on the team sheet.

Liverpool look set to win the league already after an incredible start to the season, there can be a fear that players will start to get complacent or want a new challenge after things go too well at a club. 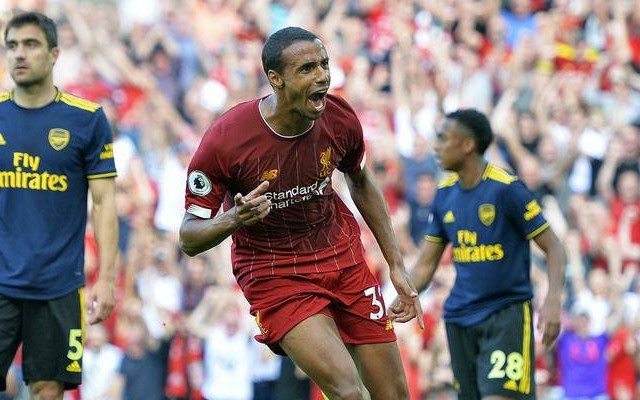 This is a positive sign for the fans who will be hoping to see some other stars commit their long term futures to the club too.