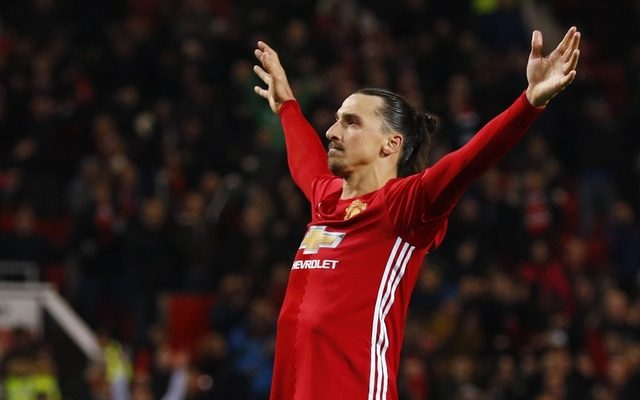 It’s pretty obvious that a new striker will be arriving at Old Trafford in January. A lot of media reports seem to focus on Mario Mandzukic, he’s in his 30’s and not overly mobile so wouldn’t represent a long term option.

If Ole Gunnar Solskjaer is looking for an experienced target man to lead the line then he should be turning his attention to a former player. We all know that Zlatan Ibrahimovic still has quality despite turning 38 this month.

His first spell at Old Trafford was a resounding success, until he picked up that knee injury. It seems the team moved on to Romelu Lukaku while he was out and he never managed to get his place back in the team.

All of this makes a potential Zlatan return seem like the perfect solution. A motivated Zlatan is a very dangerous proposition for any opponent. He’s at his best when he has something to prove and the chance to save United and turn this season around could be the ultimate final challenge for him.

He was speaking to the press ahead of the MLS play offs, and he’s not exactly committing his future to LA Galaxy. He speaks about respecting his contract until the end of December and how this next game could be his last one. He wouldn’t be able to join United until January so it’s all a perfect fit for him.

His personality is completely different to a lot of the United players just now but again that could be a good thing. The whole team looks like they are scared to try anything or look for the ball. You can be guaranteed the Swedish star will gladly demand the ball and drag the team to victory in some games.

It’s not to say that Mario Mandzukic is a bad player, he just doesn’t have anything to prove or any great motivation other than one final payday. He has no connection to the club and hasn’t played in the Premier League before. If it doesn’t go well then he will simply move on, Zlatan knows this could define his legacy.

Could Zlatan make a heroic return to Manchester?

Solskjaer might feel like Zlatan’s personality could be too much to handle, but he wasn’t a problem in a disciplinary sense at all during his time in England. He still looks fit, he’s motivated, he has history with the club and loves to be a hero on the big stage.

If they want a stop gap up front, Zlatan is the man to save United this season.