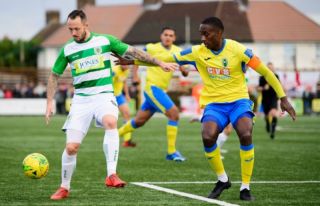 Haringey Borough FC made the headlines yesterday as they took an admirable stand against racism by walking off in their FA Cup qualifying tie with Yeovil Town.

The non-league side, based in Tottenham, London, allege that their goalkeeper Valery Pajetat was the subject of racist abuse from a section of Yeovil fans, who hurled objects at him as well as shouting racist insults.

Watch the video below from Sky Sports for more details as the game was officially called off:

BREAKING: The FA Cup fourth qualifying round tie between Haringey Borough and Yeovil has been abandoned after Haringey's players walked off the pitch – goalkeeper Valery Douglas Pajetat has alleged he was spat at and claimed he was the victim of racist abuse. pic.twitter.com/BgBRrZ83gv

Haringey Borough, meanwhile, also tweeted confirmation that this was why they decided to end the game as they set to put the record straight and condemn the vile behaviour of some opposition fans.

Sorry for the late update but wanted to make sure we gave correct information.

It must be said that 99.9% of @YTFC fans are also disgusted by what’s happened as much as we are.

One club, one community.

This incident follows England players suffering racist abuse from Bulgaria fans during their recent game in Sofia, though on that occasion Gareth Southgate’s side decided to play on.

However, it looks like strong action like this is needed to send a real message that racism won’t be tolerated and that the game’s authorities need to do much more to tackle the problem.