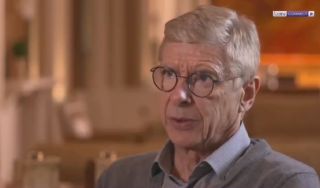 This year’s prize seems most likely to go to either Reds defender Virgil van Dijk or Barcelona forward Lionel Messi, but Wenger reacted positively when Mane was suggested in the video below:

Speaking to beIN Sports, the Frenchman said: “Mane was the outstanding character, I would say – because he is a fighter… and efficient.

“He’s not scared of anybody. At the moment, he deserves huge credit.”

Liverpool fans would surely love to see either of their stars win it, with both Van Dijk and Mane proving instrumental to the team’s recent success.