One Arsenal fan with too much time on his hands has gone on an epic rant making a series of questionable claims that he feels proves Pep Guardiola is one of the biggest frauds in football management history.

Guardiola has become widely regarded as one of the greatest managers of his generation, bursting onto the scene by winning the treble with Barcelona in his first season in senior management in the 2008/09 season.

The Catalan tactician has gone on to win many more honours with Bayern Munich and current club Manchester City, all while getting his teams to play some mesmerising attack-minded football.

However, many have also criticised Guardiola for only being able to enjoy this success due to the huge amounts of money he’s spent on players, while he also inherited plenty of world class names in each of his three jobs.

Still, to call him a ‘fraud’ seems very extreme to say the least, with some of the most dodgy claims made by this Arsenal fan, James, highlighted below… 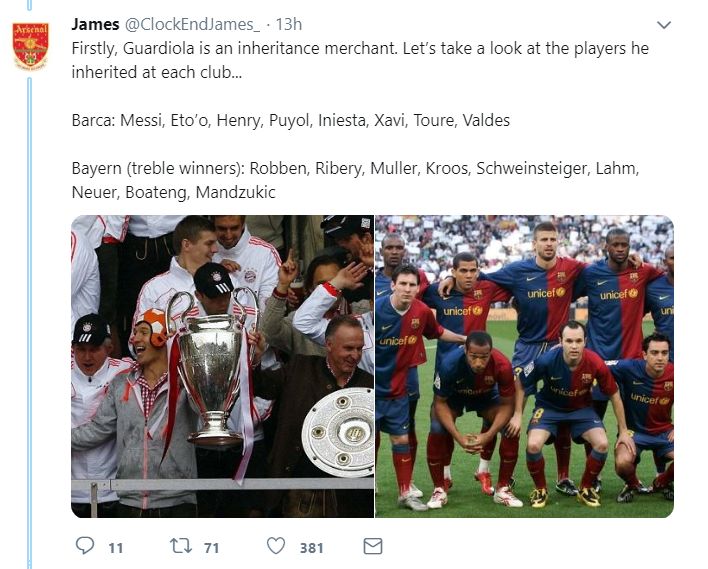 At Barcelona, Guardiola certainly inherited a lot of great players. However, it is also worth noting that Lionel Messi’s game went up a significant level under Guardiola’s guidance. James also neglects to mention that Guardiola took a big gamble by offloading big names like Ronaldinho, Deco, Lilian Thuram and Gianluca Zambrotta in his first season at the Nou Camp, putting his trust into young players like Sergio Busquets, Pedro and Gerard Pique, who was re-signed from Manchester United. 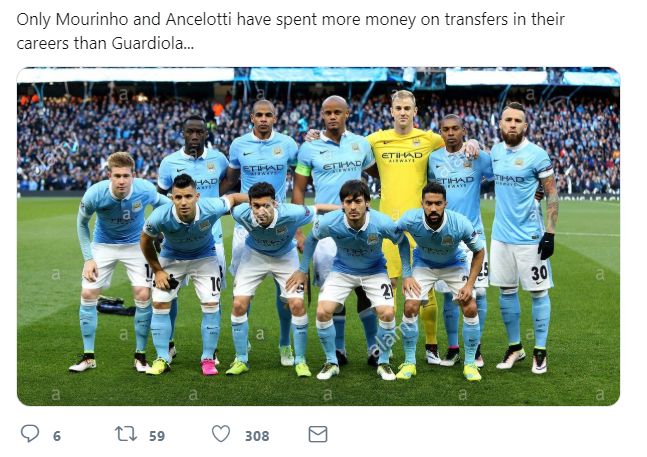 This may be true, but ignores the fact that Guardiola has also largely been in management at a time when transfer fees have absolutely soared. His spending in recent years is certainly comparable with Jose Mourinho, but he’s won much more, got his teams playing better football, and improved far more young players than Mourinho has in a long, long time. 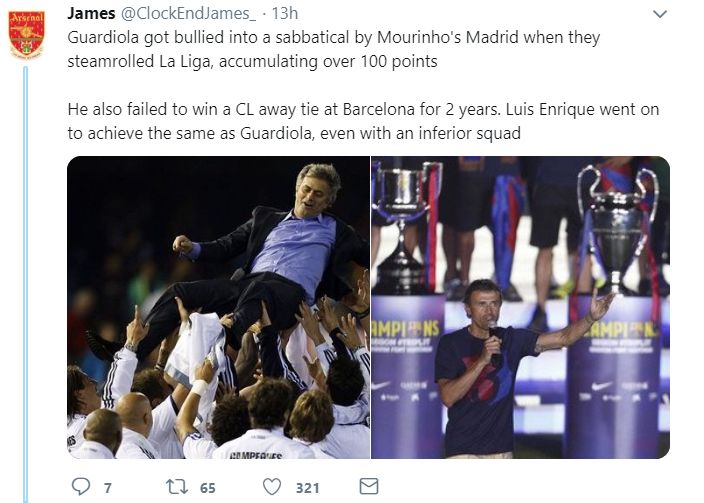 Would that ‘inferior squad’ led by Luis Enrique be the one that was led by a front three of Messi, Neymar and Luis Suarez? 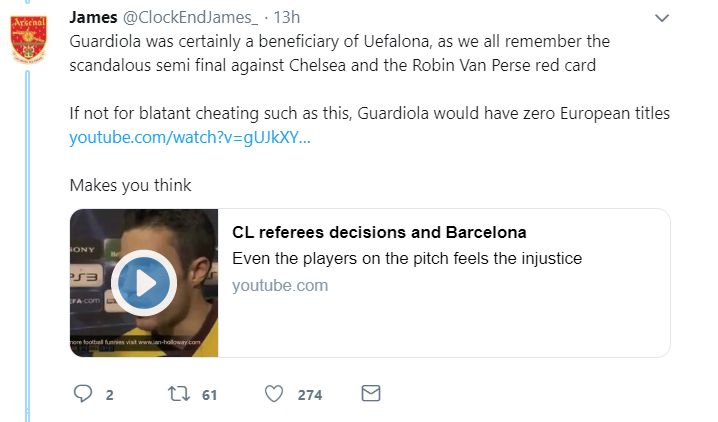 Literally every successful manager in the game has this same accusation thrown against them by some. Sir Alex Ferguson’s Manchester United were often thought to get a lot of penalties and given an easy time when it came to aggressive tackles from his players. It’s also often forgotten that Jose Mourinho’s Inter Milan only beat Guardiola’s Barcelona in that 2009/10 Champions League semi-final with a very generous offside call that saw a late Bojan goal ruled out, which would’ve sent them to the final and, most likely, resulted in three European Cup wins in a row. 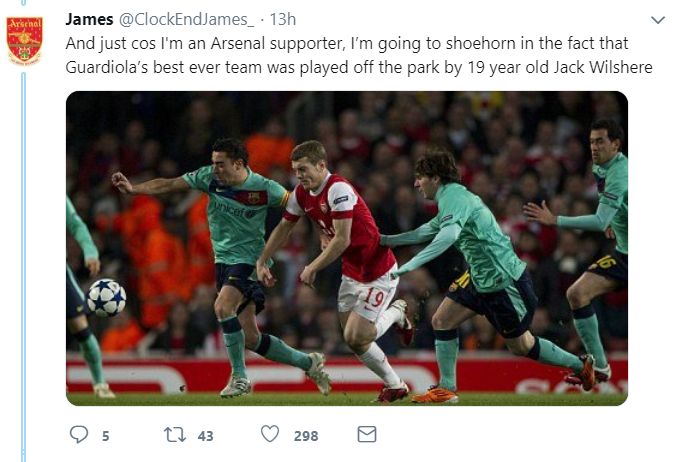 ‘Played off the park’ in a 2-1 win that was just one half of a two-legged tie which Arsenal lost. Still, Gooners don’t get to enjoy a lot of actual trophies, so they need to invent their own.

You can see the rest of the thread below, which has a few fair points, even if the conclusion is a bit extreme.

Read it in full and make your own mind up…