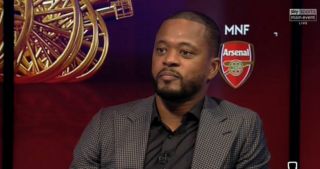 A first half goal from Lys Mousset proved to be the difference between the two sides come full time, an Unai Emery’s side dropped more points against lesser oppositions.

Tonight’s result was the fifth time this season the north London side have dropped points in the league, a shocking stat when you realise they’ve only played nine games.

A number of Arsenal players didn’t exactly have their best game in a Gunners shirt this evening, with one of these being Swiss international Granit Xhaka.

The former Borussia Monchengladbach man was well below-par at Bramall Lane tonight, as the Gunners skipper failed to motivate his teammates into snatching at least a point from today’s game.

Following the match, Sky Sports pundit Patrice Evra went in on Xhaka, stating that “Arsenal fans must be fuming when they see Xhaka as their captain. He’s not a proper captain.”

? "When I used to play against Arsenal, I always knew we were going to win the game. Nothing has changed under Unai Emery. Arsenal fans must be fuming when they see Xhaka as their captain. He's not a proper captain." pic.twitter.com/m6kNLGCCY8

It’s fair to say that Xhaka probably isn’t the best choice for the armband that Emery has to choose from this year, thus it’s easy to see why Evra would say something like this following tonight’s result.

Given these select words from Evra, who do you think should’ve been made Arsenal skipper instead of Swiss midfielder Xhaka? Let us know down below… 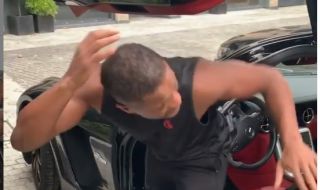