Real Madrid manager Zinedine Zidane has confirmed that he’d like to remain with Los Blancos for as long as possible amid reports stating that the Frenchman is close to losing his job.

According to Mundo Deportivo, Zidane’s reign in charge at the Santiago Bernabeu could come to an end soon, with the news outlet even stating that Zidane could be sacked should Real lose to Galatasaray tomorrow night.

Following this, it seems like Zidane himself has no plans to leave his post at Real manager at any point in the near future if his words are anything to go off.

As per Marca, when speaking about his future, Zidane stated “what I have to do is give my best and always think positive. I don’t know if I have a lot to lose against Galatasaray. I want to be at Real Madrid forever.” 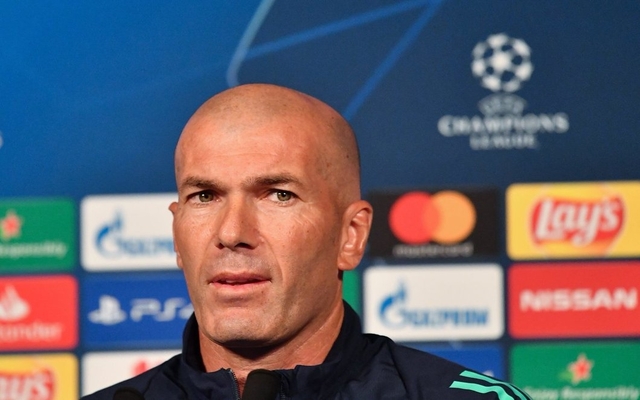 Zidane has no plans to leave Real Madrid any time soon

Real haven’t exactly been on fire so far this year, thus it’s easy to see why rumours regarding Zidane’s future at Los Blancos have been rife.

The Spanish giants have just one point from their first two Champions League games, something that now means they’re in serious danger of missing out on top spot in their group.

The club have also had a somewhat shaky start to their La Liga campaign, drawing three and losing one of their opening nine games, results that have left them one point behind rivals Barcelona in the league.

Should Real’s results fail to improve, it seems like Zidane may not be at the Bernabeu for much longer…