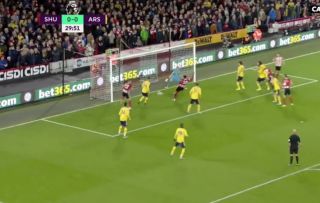 Arsenal’s defence let them down once again this evening, as the Gunners fell behind against Sheffield United following some shoddy marking from a first half corner.

With the score tied at 0-0 going into the 31st minute, the home side broke the deadlock from a corner, as O’Connell headed the ball down to Mousset, who was allowed to tap home unmarked from three yards out.

It was a horrible bit of defending from Unai Emery’s side, who have failed to keep a clean sheet yet again this year in what’s turning out to be an average campaign from the Gunners thus far.

Gotta get better at the back if you want top four, lads… 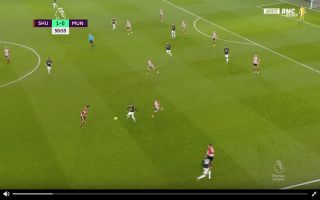