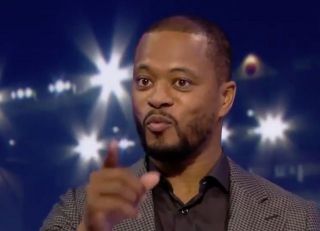 Former Man Utd ace Patrice Evra was in fine form on Monday night as he joined the Sky Sports team for Arsenal’s clash with Sheffield United.

Prior to kick off, the Frenchman was discussing Arsenal star Nicolas Pepe and his struggles since moving to England over the summer.

Having gone through a similarly difficult time when he first joined Man Utd, Evra is in a position to speak from experience and knows how Pepe is likely feeling and what he’s going through.

As seen in the video below though, he revealed a priceless story about his own debut and how bad it was for him on and off the pitch.

However, some wise words from Sir Alex Ferguson coupled with his own mental toughness ensured that he was able to get through it and he obviously went on to become a pivotal figure in United’s success during that period.

Pepe will hope that he can take that as inspiration to come good for Arsenal, but the signs weren’t great on Monday night as he missed a sitter in the first half as the Gunners trailed at the break.