Something needs to change at Arsenal, with last night’s shock 1-0 loss away to Sheffield United hopefully a wake-up call for struggling Gunners boss Unai Emery.

The Spanish tactician has not really won fans over yet since replacing Arsene Wenger over a year ago, in what was admittedly always going to be a tough job.

Still, there’s no doubt Emery could be doing a lot of things differently as this team looks starved of creativity in midfield and attacking outlets from the full-back positions.

Partly, the Arsenal manager’s hands have been tied by having Hector Bellerin and summer signing Kieran Tierney out injured at the start of this season.

However, that is no longer the case and there’s no reason the pair could not have started last night’s game at Bramall Lane instead of the vastly inferior Calum Chambers and Sead Kolasinac.

This bizarre feud with Mesut Ozil also needs to stop, with the German playmaker looking like exactly the kind of creative talent this team is missing right now. 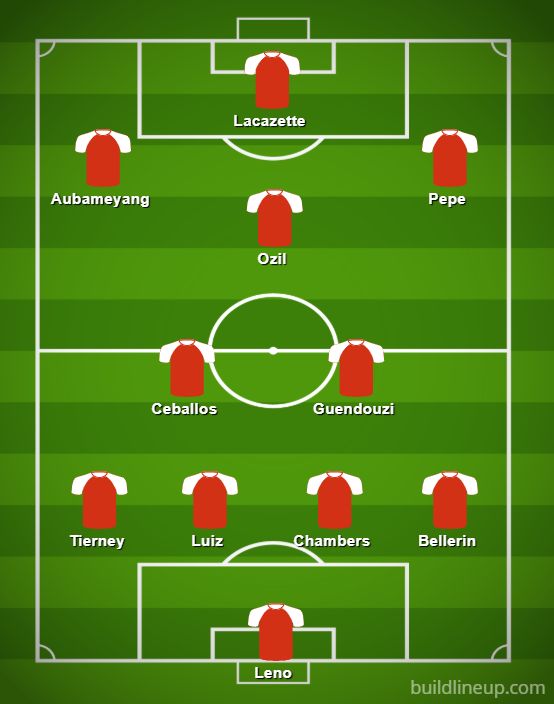 Bellerin and Tierney coming into that back four is crucial, while Chambers has been solid enough to warrant keeping his place in the side over the error-prone Sokratis Papastathopoulos.

In midfield, there is surely no justification for continuing to make Granit Xhaka such a key part of the side. The Switzerland international as club captain is an embarrassment for a club who once boasted legendary leaders like Tony Adams and Patrick Vieira, and shouldn’t be anywhere near the first XI, let alone leading it. Emery needs to swallow his pride and admit he got it wrong on this bizarre favourite of his.

Instead, Arsenal could go for Dani Ceballos alongside one of Matteo Guendouzi or Lucas Torreira, with the on-loan Spaniard able to provide a bit more quality from deep.

Ozil, meanwhile, can play just ahead of them, with a fluid front three of Nicolas Pepe, Pierre-Emerick Aubameyang and Alexandre Lacazette ahead of him.

While we’ve got Aubameyang out on the left here, he’s still shown he can be lethal from that position and would likely swap around with Lacazette from time to time anyway.

This is surely how Arsenal need to be setting themselves up from now on, or it’s hard to see Emery lasting much longer at the Emirates Stadium…