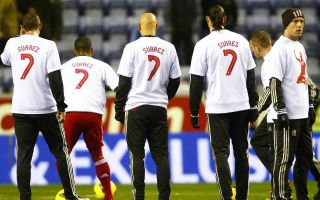 For those who might not know about the incident, Liverpool players all rallied around Suarez, now with Barcelona, despite him being found to have racially abused Evra during a game between LFC and Man Utd back in 2011.

Liverpool were criticised for the gesture at the time, but never seem to have acknowledged that it was in poor taste.

While some at the time cited cultural differences and a misunderstanding over what Suarez said to Evra, it is clear the Uruguay international called the French left-back ‘negro’ several times and said “I don’t speak to blacks”, as explained by BBC Sport.

This is clearly unacceptable and not the kind of behaviour Liverpool should ever have condoned, but Carragher was among the group that wore Suarez 7 shirts in support of the striker during the whole saga.

Speaking now as Carragher and Evra were on punditry duty last night, the former England defender finally admitted the club got it wrong.

“There is no doubt we made a massive mistake, that was obvious,” he said, as quoted by BBC Sport. 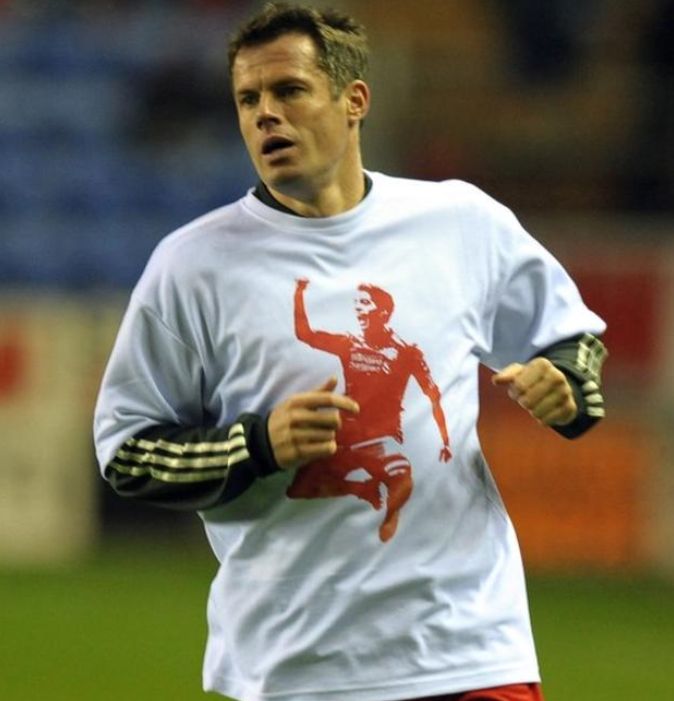 Jamie Carragher admits Liverpool got it wrong over Luis Suarez

“We got to the ground, had our lunch and then had a team meeting – I don’t know if it was the manager (Kenny Dalglish) or (coach) Steve Clarke – asking one of the players if he still still wearing the shirt and that is the first I had heard of it.

“I am not lying and saying I wasn’t part of it because as the club we got it wrong and I was vice-captain. I am not sure who was actually behind it. I don’t think it had anything to do with the manager Kenny, I think it was the players who were close to Luis in the dressing room who really wanted to support their mate.

“Maybe I have to look at myself now and say I did not have the courage as an individual to say ‘I am not wearing it’.

“I don’t think everyone within Liverpool Football Club thought what we was doing was right but I do think as a football club or you as a family, your first reaction is to support them even if you know that they are wrong and that is wrong.”

"There is no doubt that we made a massive mistake. That was obvious."

Evra added: “When I saw it I was like this is ridiculous. This is unbelievable. You put your own club in danger when you do those things.

“You always have to support your player because he is from your team but this was after the ban. If it was before and we were waiting for the sanctioned, I would understand.

“What message do you send to the world? Supporting someone being banned because he used some racist words.”