Manchester United midfielders Fred and Scott McTominay have been heavily criticised by pundit Charlie Nicholas for the way they played in the 1-1 draw with Liverpool at the weekend.

The Red Devils put in an improved display overall to come away with a point in a game they were widely expected to lose heavily.

However, standards are high at Old Trafford and Fred and McTominay certainly don’t look up to scratch in comparison with United midfielders of old.

Speaking after the game on Sky Sports, pundit Nicolas slammed the pair as not even being able to complete a simple task such as passing the ball.

This perhaps seems harsh and a little over the top from the Scot, but most fans will agree that neither player really gives them the craft and creativity they need from the middle of the park now.

Discussing MUFC’s tactics, Nicholas said, as quoted by the Metro: “Ole Gunnar Solskjaer will want to go to a back four, but their midfield cannot keep the ball.

“Scott McTominay and Fred are grafting but they cannot pass the ball.”

United took the lead against Liverpool in the first half that goal from Marcus Rashford, but were pegged back late on by an equaliser from Liverpool substitute Adam Lallana. 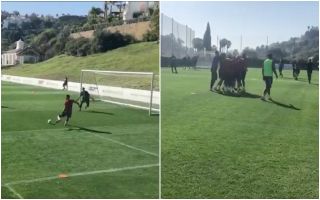 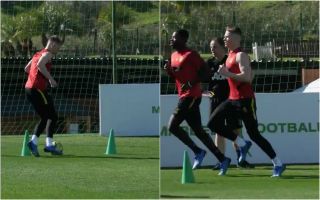