The Frenchman was in the Sky studio to comment on the Arsenal game, but also spoke about several other topics.

MORE: Fred opens up over why he’s flopped at Manchester United

As you can see below, Evra was asked to name his ultimate XI from team-mates he played alongside in his career, which presumably doesn’t include the French national team or that’s even more controversial snubs!

Intriguingly, however, Evra has still not found room for Wayne Rooney or Nemanja Vidic in his line up, with Cristiano Ronaldo and Carlos Tevez up front in a 4-4-2, while former Juventus team-mate Giorgio Chiellini partners Rio Ferdinand in central defence. 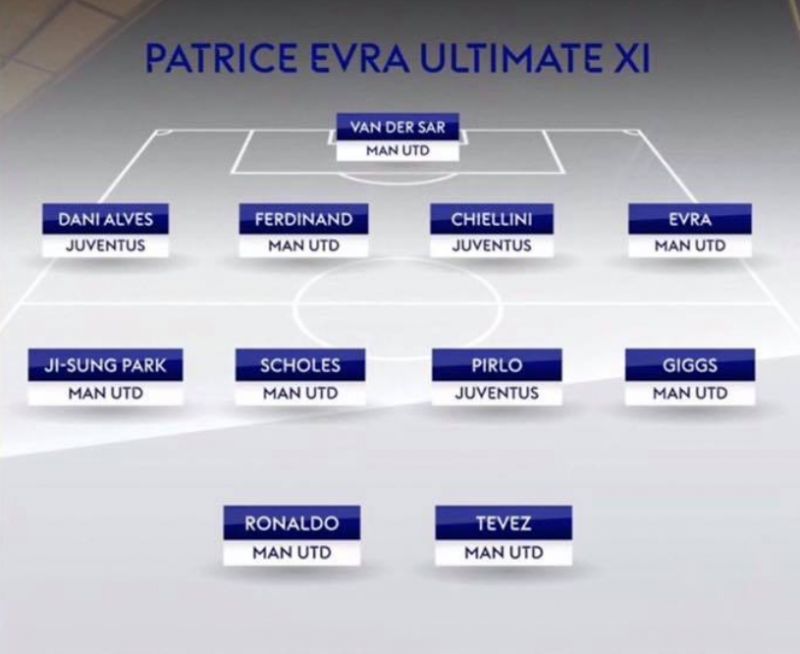 Of course, this is still a quality team and it would be hard to leave out a world class defender like Chiellini in particular, but Tevez over Rooney is perhaps a more questionable choice.

Again, that’s not to question the quality of the Argentine, who was immense for Man Utd for some time, though for a shorter period than Rooney.

He also controversially left United for rivals Manchester City, so it’s not clear this selection will go down too well with Red Devils supporters.