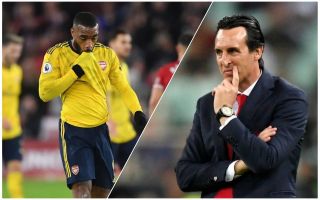 Paul Merson was left bitterly disappointed with what he saw from Arsenal in their defeat to Sheffield Utd on Monday night, but admits he wasn’t surprised.

The Gunners slipped to a 1-0 defeat at Bramall Lane as they missed out on the chance to move up to third place in the Premier League table.

Unfortunately for them, it’s been a recurring theme for the club in terms of their inability to be consistent and put themselves in a dominant position to secure a top-four finish in recent years.

With that in mind, Merson has insisted that it isn’t a surprise anymore that they can slip to a defeat in games that they’re heavily fancied to win, and he picked out specific faults in the performance.

“It was normal, wasn’t it? I don’t know what anybody expected. This is Arsenal now. It’s just lacklustre. There’s no urgency,” he wrote in his Sky Sports column. “They’ve got no guile. It looked like Chris Wilder knew exactly what he wanted from his side. But with Arsenal and Unai Emery, it was almost like: ‘See you at half-time and full-time.’

“It’s accepted. Nobody is going to work this morning and saying: ‘Oh my God, did you see Arsenal getting beat by Sheffield United?’ Those days are gone. It’s accepted through the club, the fans, the manager, everyone.

While it’s questionable as to whether it’s ‘accepted’ by the club, fans and manager that they slip to such disappointing defeats, it is nonetheless an area that Arsenal have not improved in over the years and continue to slip up.

In turn, it will continue to lead to doubts and criticism of their ability to break back into the top four and compete for major honours, while the arrival of Unai Emery to replace Arsene Wenger hasn’t seemingly changed a great deal as the same problems continue to haunt the north London giants.

Arsenal now face a real test in the months ahead to prove that they can secure Champions League qualification this season, but it appears as though they’ve got a lot to do to convince the likes of Merson that there is real change at the club forthcoming.